Welcome to my blog where I’ll shed light on some of the mysteries around Z-Wave and the Internet of Things (IoT). Along the way I’ll post examples of the best ways to do things with your Z-Wave devices and some cool ideas on things you can do with Z-Wave devices. Look for reviews of Z-Wave devices and software that will make your home into a SmartHome.

I make my living by helping Z-Wave developers implement Z-Wave technology into their IoT devices. Several categories are specific to these folks and are a bit heavy in the technical details of Z-Wave so for you Z-Wave users you might want to stick to the reviews and Hubs sections. My company is Express Controls so if you need some help with Z-Wave check us out and we can help you get your product to market quickly. 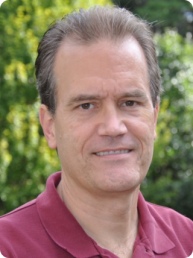 I went to RPI in the early 1980s where I honed my skills soldering and writing software. My first two jobs were designing graphics workstations and some of very first (and very primitive) GPUs of the day. I went on to designing chips for video conferencing compression engines, the cockpit display of the F22 fighter, Wireless Ethernet (before it was a standard) and a variety of chips for big and mostly small companies. Most of the chip designs were done as a contractor while I was also starting my first company, VAutomation which made “cores” for 8 and 16-bit CPU as well as USB and Ethernet interfaces. I sold VAutomation in 2001 and started playing with Z-Wave in 2003. I am the 31st Z-Wave licensee (there are now several hundred). At that time I went to work for a camera chip company that Cypress Semiconductor purchased and then I moved into working for Cypress. Since 2014 I have been building Z-Wave IoT devices before the Internet of Things (IoT) was a “thing”.